Men and women devoted to a Great Wine 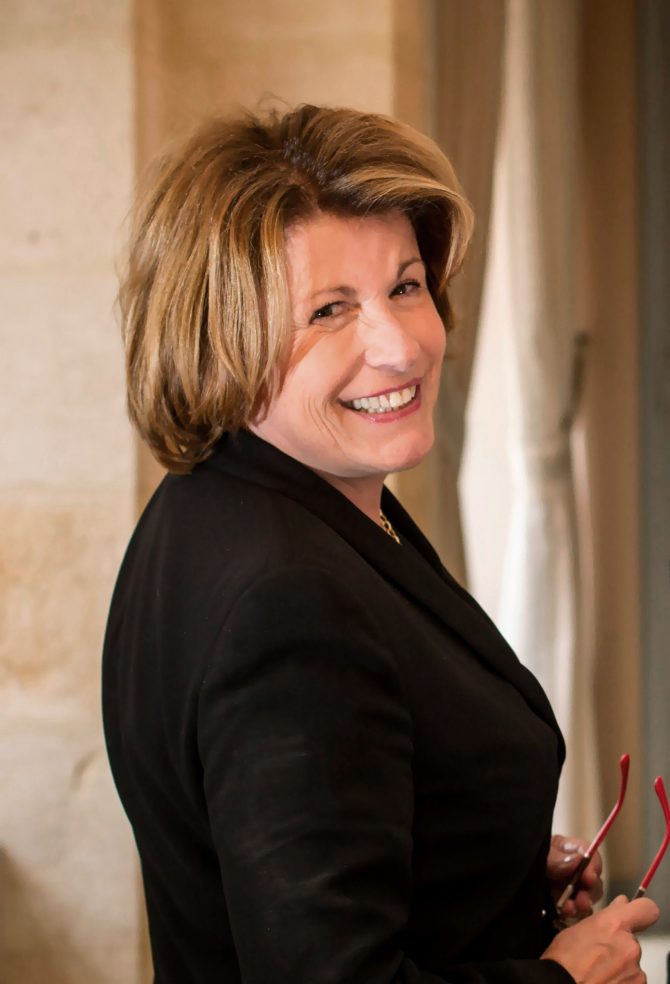 Corinne Mentzelopoulos graduated with a bachelor’s degree in classical literature and a master’s degree from the Institute of Political Studies (Sciences Po) in 1979. She began her career at Havas and later worked as a financial controller at Primistères, the company that oversaw the 1,600 Félix Potin shops in Paris.

Following her father’s death in 1980, Corinne took over as head of Château Margaux. Together with famed oenologist Emile Peynaud and the Estate team, then led by Philippe Barré, she set out to build on the impetus of her father’s work. She quickly grew passionate about Margaux, despite lacking a formal background in wine.

She has now managed the vineyard for more than 30 years with a long-term mindset and dedication to excellence. Corinne, who is a mother of three, was delighted to welcome, within the Château Margaux team, her daughter Alexandra in the Fall of 2012 and her son Alexis at the beginning of 2020. 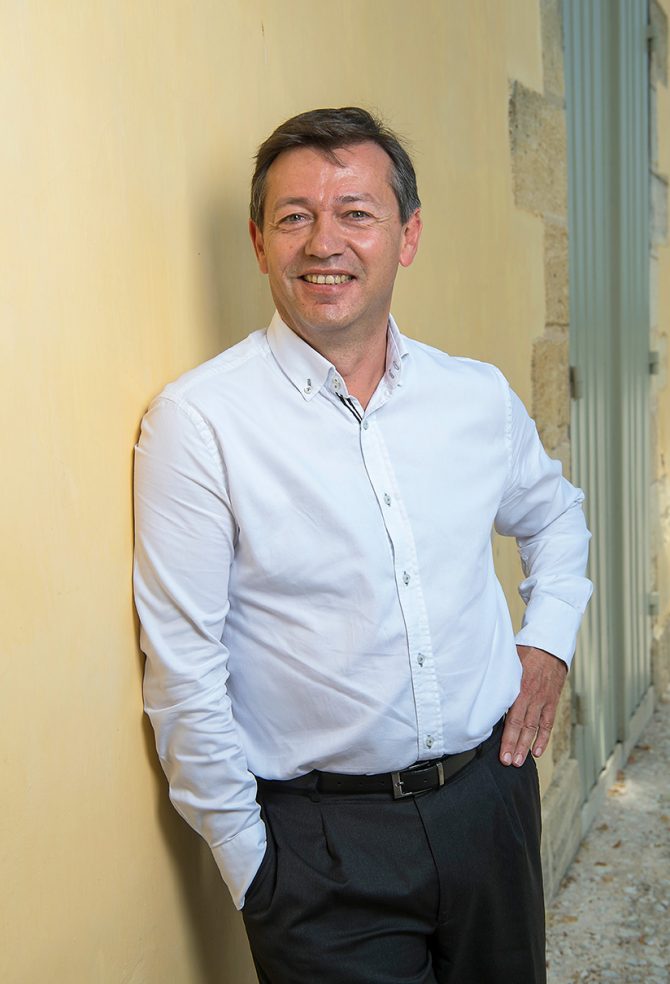 Philippe Bascaules holds a degree in agronomy from Montpellier SupAgro. He first joined Château Margaux in 1990 as Estate Director,  a position he held until 2011, working under the tutelage of Paul Pontallier, whose 33-year tenure as Managing Director ended with his untimely passing in 2016.

Since taking over the responsibility of the property, Bascaules has been laying plans for its future alongside Olivier Pinon, who has served as the Paris-based Managing Director since 1983, Deputy Managing Directors Aurélien Valance, Alexandra Petit-Mentzelopoulos and Alexis Leven-Mentzelopoulos, and Estate Director Sébastien Vergne. 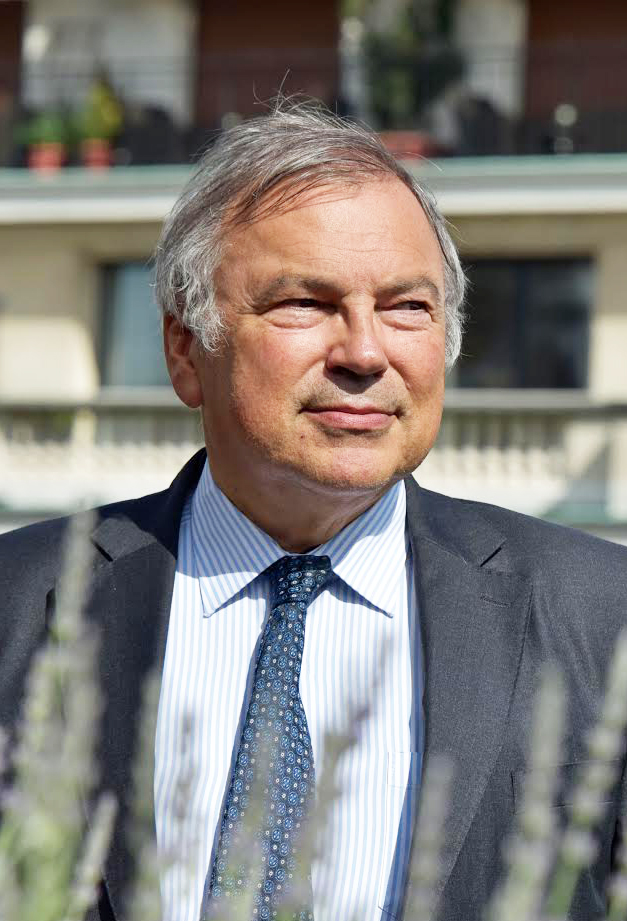 A graduate of IPAG Business School, Olivier Pinon joined Château Margaux in 1983. He served as Management Controller at the administrative office in Paris for several years, while jointly managing the property with Paul Pontallier by handling the business, financial and administrative responsibilities from the French capital.

He currently splits his time between Paris and Margaux working alongside Philippe Bascaules. His experience and knowledge are vital to the efficient management of the Estate. 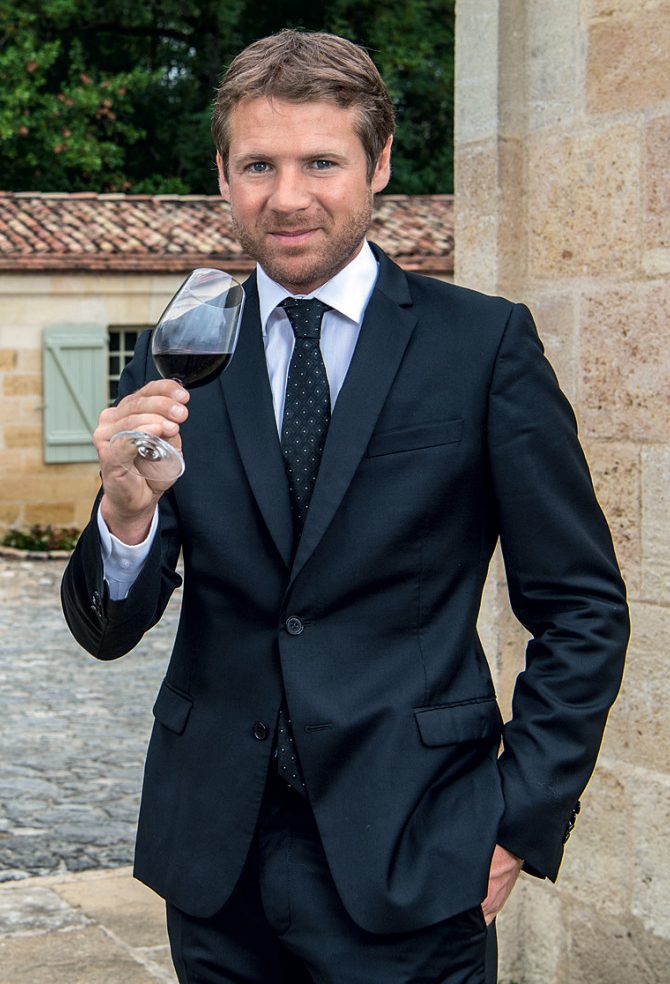 Aurélien Valance was appointed Deputy Managing Director, Sales and Operations, of Château Margaux in 2016, following nearly a decade as Commercial Director. His work leads him to destinations across the world, where he oversees the sales of Château Margaux wines in both traditional markets and the rising number of new countries that have developed a taste for the great wines of Bordeaux. Aurélien began his career at Château Margaux in 2001 as an intern while a student at HEC Business School, where he earned a master’s degree in management. After graduation Aurélien moved to New York, where he helped establish a major wine importing business. In the end, his fondness for the estate prevailed and he rejoined the Château Margaux team in 2006. A true wine enthusiast, Aurélien has won 2 blind tasting competitions: France’s national competition in 2017 and the French Cup in 2021. 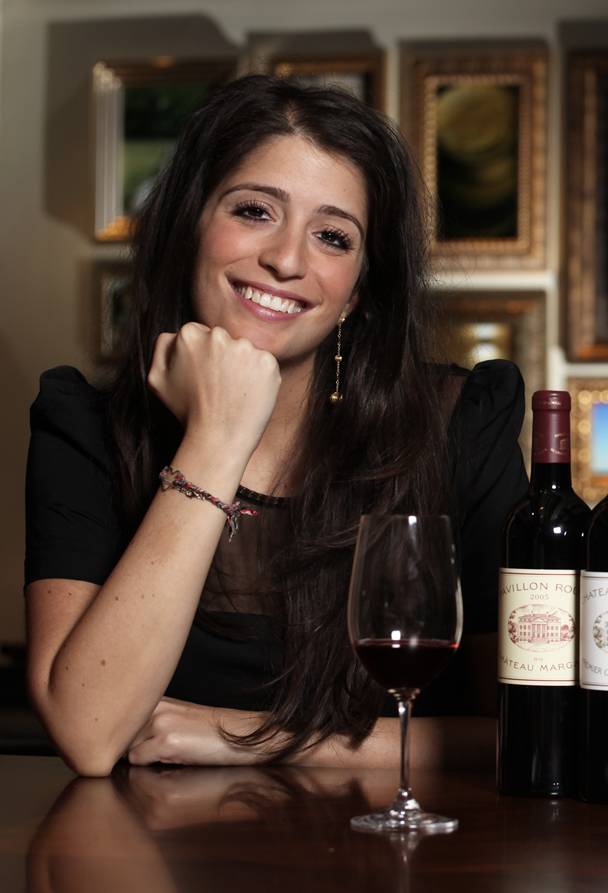 She earned a bachelor’s degree at the Management Institute of Paris (EDHEC) in 2008 and, two years later, a master’s degree in fine and decorative art from Sotheby’s Institute of Arts in London.

She joined the Château Margaux team in 2012 as Brand Ambassador for the United Kingdom, where she introduced the first vintage of the Estate’s third wine, Margaux du Château Margaux 2009.

Alexandra was appointed Deputy Managing Director, Communication and Image, in 2016. She is based in London, a centuries-old international marketplace for the purchase and sale of the world’s finest wines. 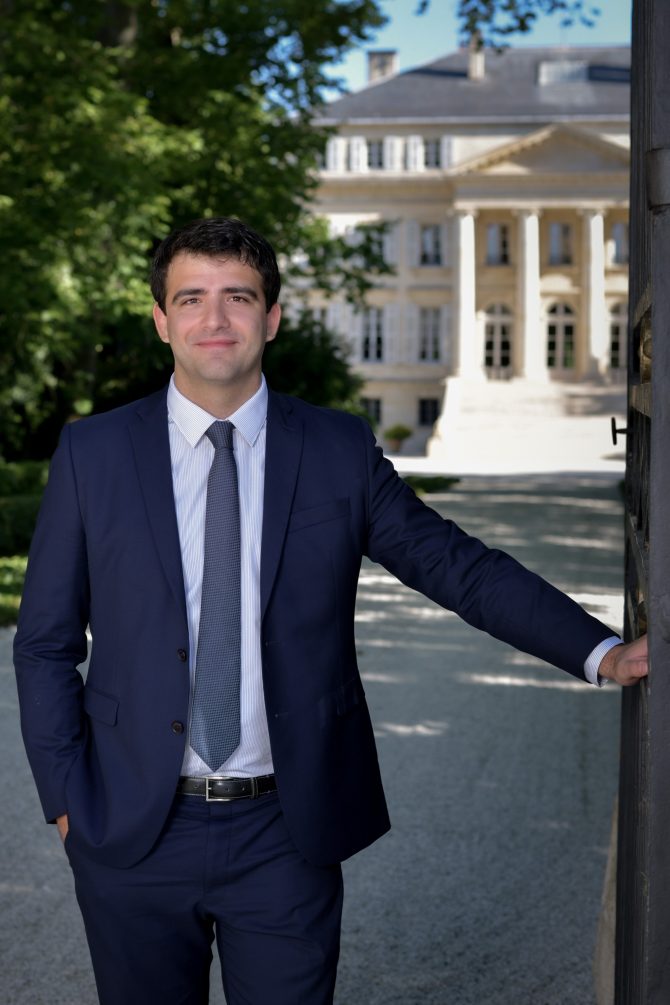 Alexis Leven-Mentzelopoulos, the son of Corinne Mentzelopoulos, joined the family estate in early 2020 as Business Development Director before being appointed Deputy General Manager, Strategy and Development, in September 2021. He holds a Bachelor of Arts degree in Global Communications from the American University of Paris and a Master of Science degree in Vineyard and Winery Management from the Bordeaux National School of Agronomic Engineering (Bordeaux Sciences Agro). He joins his sister Alexandra who has been part of the estate team since 2012. Dividing his time between the Paris office and the estate, Alexis is involved in all areas of the company.

He is also called on to represent the estate in France and abroad. 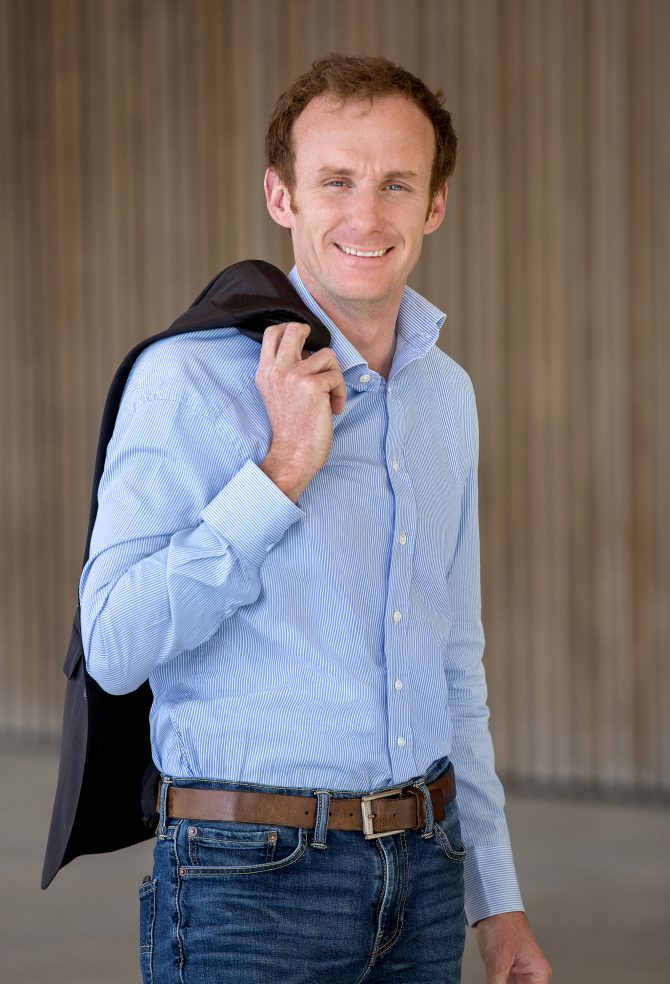 After completing a Doctorate of Science from the University of Bordeaux in 2007, Sébastien Vergne spent nearly five years working in research and development at a major agri-food company.

But having grown up in the farming world, Sébastien decided to return to his agricultural roots. He went back to school, earning a master’s degree in viticulture and oenology as well as a National Oenology Degree from Montpellier SupAgro.

Following jobs in the south of France and in Saint-Émilion, Sébastien took charge of technical operations at Château Margaux in 2014. He was appointed Estate Director in 2016. 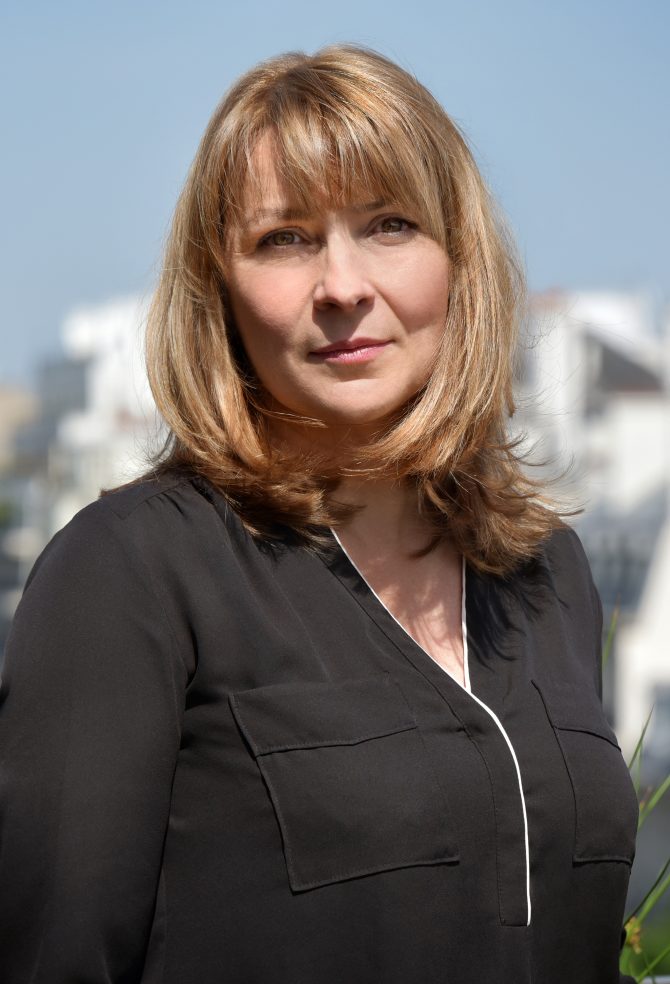 Noëlle Rolland joined the Château Margaux team in 2001 as Management Controller after completing her graduate degree in finance and management at ESIG. Throughout her time at the company, Noëlle has worked actively alongside Olivier Pinon on business development and the administrative and financial management of the Estate.

She was appointed Administrative and Finance Manager in 2013 and Chief Financial Officer in 2016. 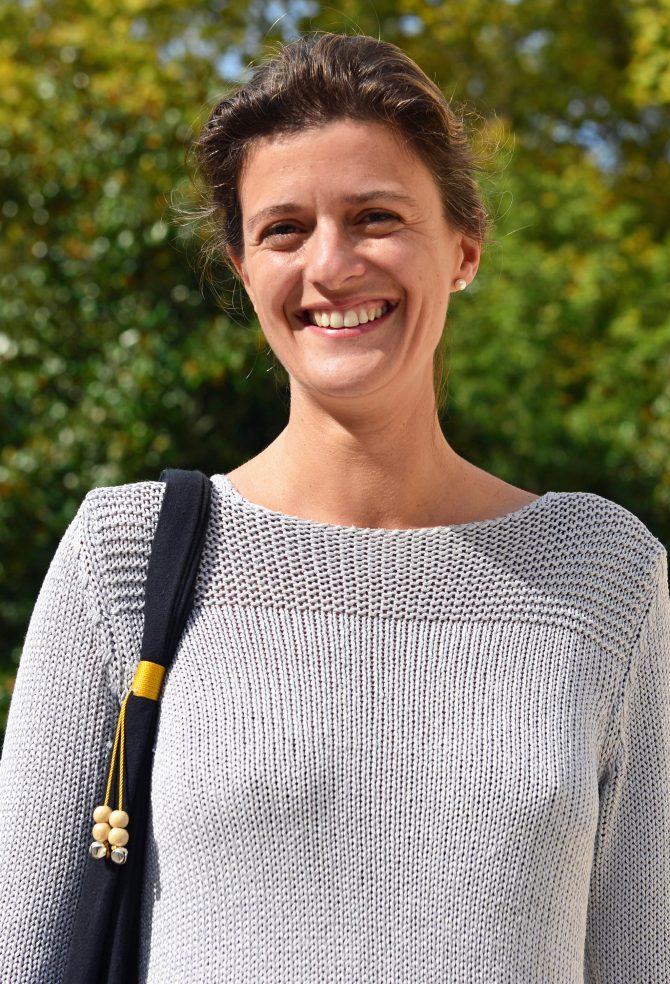 Johana Loubet holds a master’s degree in foreign languages and civilizations from the University of Bordeaux and has worked at the Estate since 2002. She served as Personal Assistant to Paul Pontallier until his passing in 2016, while also handling external relations, including tours for journalists and photographers. Another of her responsibilities is organizing tastings outside France, which have become increasingly frequent as global demand for the finest wines of Bordeaux has grown. 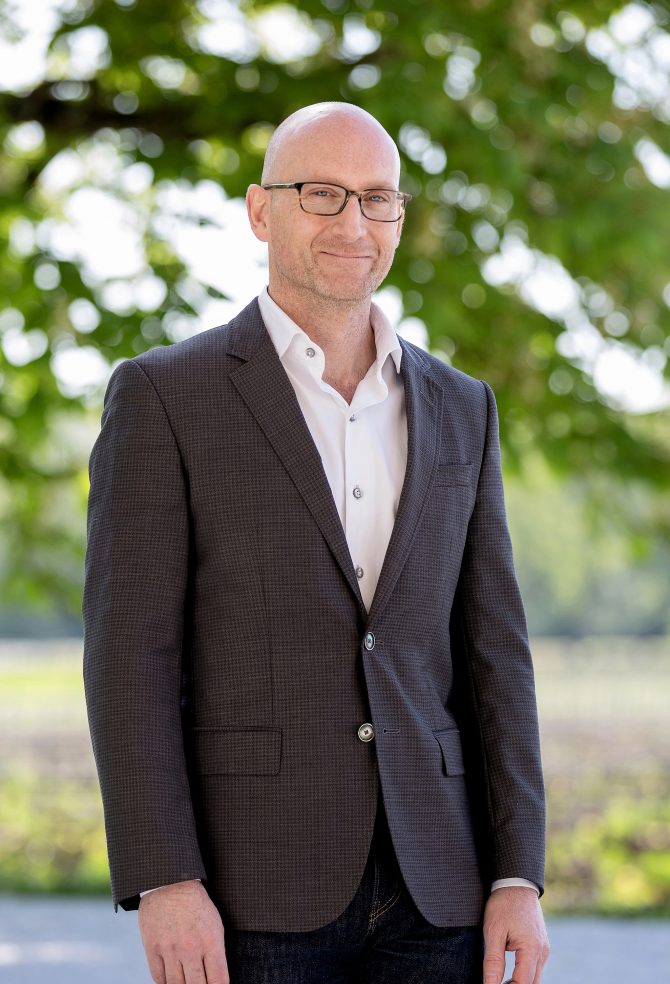 Thomas Burke holds a diploma from the prestigious Court of Master Sommeliers. After working for over ten years as a sommelier for several renowned wine programs throughout the United States, Thomas spent seven years as Director of Education and Category Development for a distributor in Nevada before joining Château Margaux’s team in June 2015 as Brand Ambassador for the US market.

In 2017 he was promoted to Commercial Relations Manager in Margaux. Alongside Aurélien Valance, Deputy General Manager, he develops the commercial relations of Château Margaux with the Bordeaux wine merchants and their worldwide clients.

Thomas continues to travel regularly to the United States promoting the wines of Château Margaux. 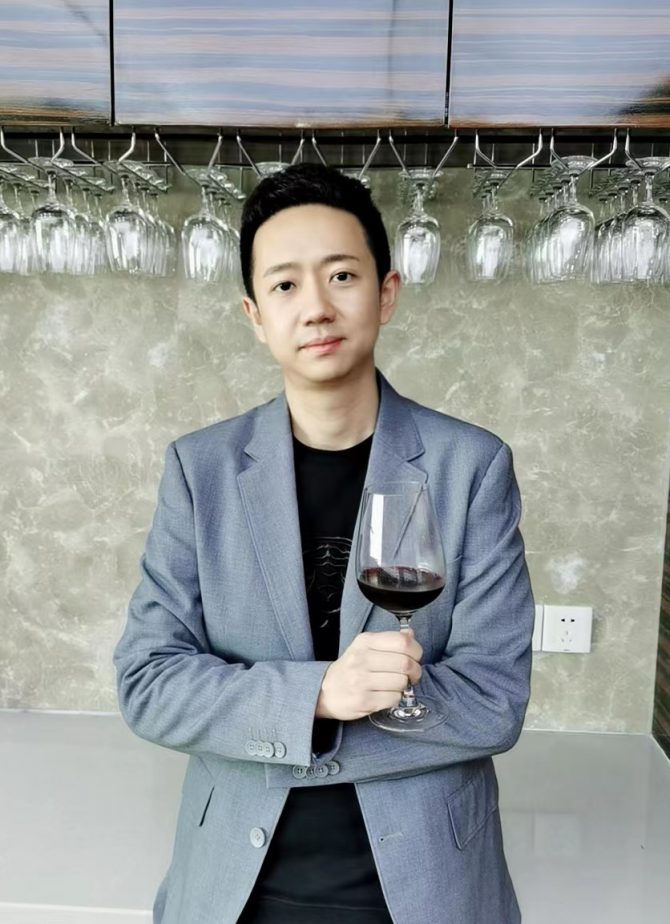 Victor not only has an excellent knowledge of the Chinese market but also enjoys sharing his passion for wine, which he has had the opportunity to do by leading numerous training sessions, notably through the WSET.

Charged with developing the wines of Château Margaux in China, he joined the estate in October 2022. Based in Chengdu, he will help us to better understand this market and to forge closer links with its major actors. As part of his duties, he will travel throughout China.

Their work is an integral part of the terroir. They prune, train, tie and protect their vine as needed throughout the year. Vineyard Manager Julien Cazenave oversees the vineyard workers while also supervising the upkeep of the gardens, under the watchful eye of Head Gardener Bertrand Castet. 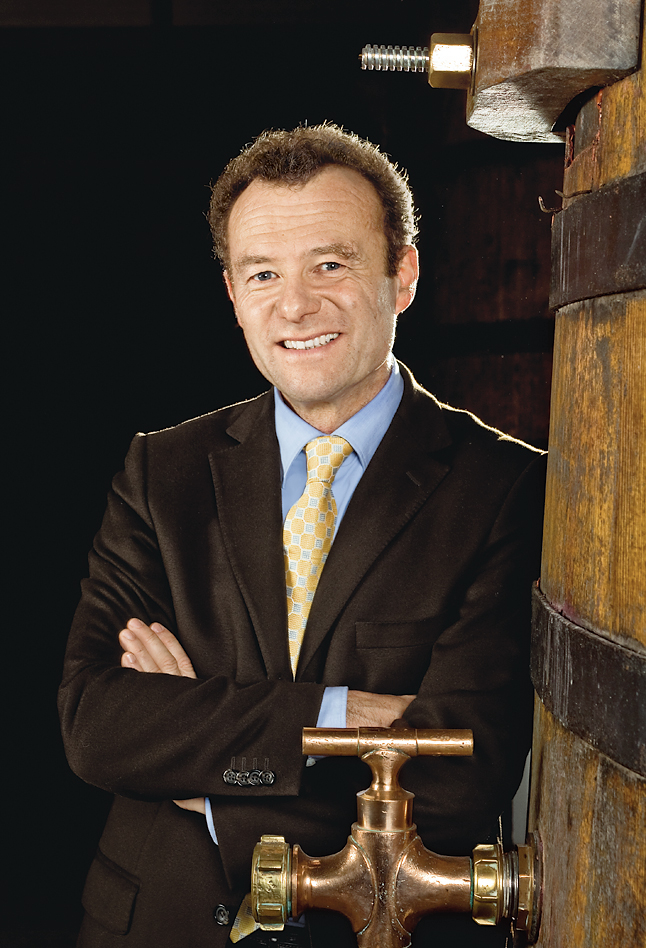 Paul Pontallier arrived at Château Margaux in 1983 and was appointed Managing Director in 1990. He passed away on March 27, 2016, aged 59, following a brave seven-month battle with cancer.

“His untimely passing has left a void in the heart of everyone at Château Margaux. We are all aware what a privilege it was to have worked with him for 33 years, and we know that he will be remembered for the indelible mark he left on Château Margaux’s long history.

His parting was also disheartening for his many admirers in the wine industry, a countless number of whom wrote to pay their respects. Paul is already recognized as a true legend for his combination of expertise, humility, wisdom, charisma and dedication to Château Margaux. Much like with Mr. Berlon in the 18th century, it is our duty to continue his ongoing quest for excellence while honoring his legacy.”